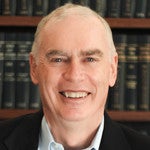 Robert C. McCann, Jr, "Bob" is a Shareholder and President of the law firm Healy and McCann, PC. He was admitted to the practice of law in the State of Oregon in 1981. Bob's primary practice is family law. He handles complex divorce cases, child custody matters, parenting time disputes, child support cases decided in both courts and in administrative proceedings (State of Oregon, Division of Child Support), domestic violence hearings (restraining orders), domestic partnership disputes and agreements, premarital agreements and same-sex family law. He serves as an arbitrator and mediator of family law cases when requested to do so.

Bob is a member of the Oregon State Bar Association and is admitted to practice in the United States District Court for the District of Oregon and the Ninth Circuit Court of Appeals. He has been a fellow of the American Academy of Matrimonial Lawyers since 2004. No other lawyers in Linn County belong to this prestigious organization. He has once again been selected to the Oregon Superlawyers list. He has received this honor for the past 11 years. He is rated AV by Martindale-Hubbell, the highest available rating. He serves as a member of the Oregon State Bar Disciplinary Board and has done so since 2011.

In 2009, Bob served as Chairman of the Family Law Section of the Oregon State Bar Association. He served as President of the Oregon Chapter of the American Academy of Matrimonial Lawyers from 2011 through 2014. He has previously served as a Board Member of the Oregon Academy of Family Law Practitioners and President of the Linn County Bar Association. He has served as a court-appointed arbitrator in domestic relations matters for the Linn County Circuit Court. He was selected to The National Trial Lawyers, Top 100 list in 2011.

American Academy of Matrimonial Lawyers, President of the Oregon Chapter, 2011-2014