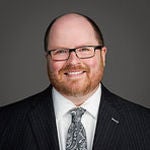 Northwestern School of Law at Lewis and Clark College, J.D.

Mr. Park's practice mainly involves criminal defense and personal injury but his experience is not limited to those areas.  Mr. Park brings a wealth of experience with him including extensive trial experience both as a prosecutor and defense attorney. Mr. Park's experience on both sides of the law allows him to be successful at bringing about favorable results for his clients whether that be in the negotiation process or at trial.

Committed to community involvement, Mr. Park has coached the West Salem High School Mock Trial Team since 2015. The team made the state tournament 4 out of 5 years. Additionally, Mr. Park was president of the Polk County Bar Association in 2011, 2012 and 2013. He is also a founding member of Polk County's Mental Health Treatment Court Team and is very devoted to representing those individuals that, but for a mental illness, would not come into contact with the criminal justice system.

Client charged with multiple counts of various sex crimes. Mr. Park investigated and applying the law to the facts of the case, was able to get nine of seventeen counts dismissed. Client was acquitted on the remaining counts after a jury trial.

Client charged in connection with the drowning of a child. At trial, Mr. Park was able to disprove the prosecutor's theory that the client was under the influence of marijuana at the time of the drowning and that, while tragic, the death of the child was accidental.